This Just In: Justin Bieber Doesn't Know How to Eat a Burrito

The Internet was kind of obsessed yesterday with a picture of JUSTIN BIEBER sitting on a bench eating a burrito . . . because he was eating it sideways, like corn on the cob.  (???) 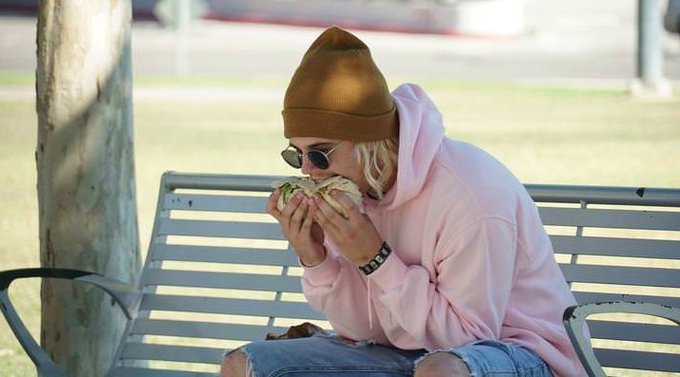 The guy who originally posted the picture on Reddit says, quote, "I quickly took the photo before people went up to him, asking for selfies with him.  I never thought the photo would get this much attention!  I just thought it was a funny pic."

Now everyone wants to know if Justin understands how burritos work . . . which is a valid question.  I mean, have you ever heard of someone eating one like this?  Some people seem to love it though.  And some are just applauding him for going rogue.

One person on Reddit had an interesting theory . . . although it would make Justin seem just a touch homophobic.

They said Justin may have been holding it that way so nobody could Photoshop a PENIS into his hands.