The Commercials of Super Bowl 53

Super Bowl 53 will go down as one of the least exciting and lowest scoring games in Super Bowl history. So you could say the commercials were more interesting, but that's not saying much.

Overall, this year's crop was uneventful, just like the game. Companies brought more of the funny and creative starting in the second quarter, but then the quality dipped again. Politics and celebrity cameos were down, robots were in.

Fewer companies released their ads online before the game . . . maybe they finally realized it hurts the impact of the commercial to leak it BEFORE the Super Bowl. The upshot is that more of them felt like a surprise.

1.  T-Mobile ran with a series of ads about awkward texting moments. They were short, funny, captured current communication problems we can all relate to, and had great music choices.

2.  Bud Light went with their medieval theme, and busted on Miller Lite and Coors Light for using corn syrup in their recipes.

Then they surprised everyone by turning the second ad in the series into an actual promo for " Game of Thrones " . There was an appearance by the character 'the Mountain,' and one of the dragons, with the level of CGI you expect from the show.

3.  Audi got some buzz with their commercial about a guy's near-death experience, where he sees the future of electric cars . . . then realizes he's just choking on a cashew. It was funny, but the message was that a third of Audi's new cars will be electric by 2025. That's six years from now. Get excited?

4.  Amazon went with the celebrity cameo thing, and had FOREST WHITAKER and HARRISON FORD using products that didn't make the cut. Not all of it worked. In Harrison Ford's case, his dog had a collar that ordered from Alexa, and bought tons of dog food. They should have just stuck with that part. Keep it simple.

5. We liked JASON BATEMAN as a smug elevator operator in the Hyundai ad, where they compared the pain of buying a car to jury duty, going to the dentist, and sitting in the middle seat. Again, it was relatable.

6.  Olay did an ad for skin cream where they parodied horror movies, and SARA MICHELLE GELLAR couldn't unlock her phone with facial recognition . . . because her skin was so amazing. It was creative, but could have been funnier.

7. Same with the Colgate ad about close talkers with LUKE WILSON . It just felt like there was a ton of potential there. Also, where has Luke Wilson been?

8. People liked the Doritos ad with CHANCE THE RAPPER and the BACKSTREET BOYS . But it also seems a little lazy for Doritos to throw the Backstreet Boys in an ad, and just hope our nostalgia for them will do the trick. Also, did Chance lose any street cred by doing it?

9.  Pepsi did a mashup type of thing too, by throwing STEVE CARELL in with CARDI B and LIL JON . Carell is always funny. Lil Jon just feels annoying . . . especially when they did the intro to the halftime show.

10.  Stella Artois had JEFF BRIDGES as 'the Dude' from "The Big Lebowski" meeting up with SARAH JESSICA PARKER as Carrie Bradshaw from "Sex and the City" . And their characters ditched their usual cocktail choices for a beer.

'The Most Interesting Man in the World' from Dos Equis made a cameo too. Like the Doritos ad and the Pepsi commercials, it made a splash in the news last week. And some people didn't like how it uses iconic characters to sell beer.

11. We liked the random ad by a wireless internet company called Mint Mobile , which had a typical American family drinking 'chunky milk,' which "just isn't right." It was weird and different, and felt like a lost sketch from "SNL" .

12. At halftime, the NFL did a salute to what seemed like every living NFL legend, with a goofy commercial that had them all fighting over a football at some fancy event. If anything, it was just impressive for how many big names they got to appear in it. 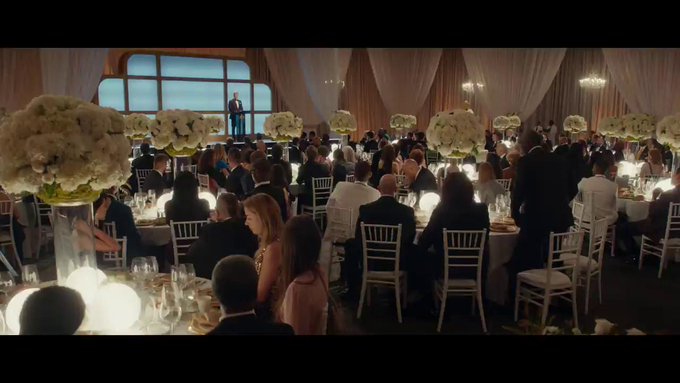 The all-time greatest, most competitive NFL players gathered for the #NFL100 gala. What could possibly go wrong?

41K people are talking about this

13.  " The Washington Post " did an ad toward the end of the game about journalists who've been killed in the line of duty. And TOM HANKS narrated, since he played a famous Post reporter in the movie "The Post" . It was powerful.

We also couldn't help thinking . . . $5 million for 30 seconds. And this thing was a minute. Think about that the next time you try to read a "Washington Post" article online, and you can't because of the paywall. (???)

14. Other ads went the emotional route too. It doesn't always work.  Microsoft talked about the Adaptive Controller for the Xbox One, and kids with disabilities showed how they use it. It was simple, powerful, and moving.

On the other hand, Kia did a thing about how the normal people who make the Telluride SUV are incredible . . . without really saying why. They're nice, normal Americans, sure. But it looked like an ominous movie trailer.

That kind of thing just can't hold up when compared to kids with disabilities who are, well . . . literally incredible.

There were plenty of other good examples of companies tugging on the heartstrings with emotional or patriotic pleas too, some of them well done. We're thinking of the Verizon ads about first responders.

But there's something else we noticed . . . after a few years of unheard-of levels of political bitterness in reality, maybe we're all a little more cynical, and just not as hungry for the big, epic pleas for unity and togetherness? Just a thought.

There was also the usual round-up of TV and movie promos. Highlights included the teaser for season three of the " The Handmaid's Tale " on Hulu, which looked like a political ad, complete with Reagan's old slogan, "It's morning again in America."

" Avengers: Endgame "  probably had the most anticipated teaser trailer for movies. But we still didn't learn whether all the characters in the previous movie really died.

Overall, the consensus online is that the game, the halftime show, and the commercials were all horrible. Is that really true? Maybe for the game.

It might also be true that criticism online tends to be overly critical . . . because that's how you get attention, score easy points, and get a quick rush of empty validation.

(You can see all the commercials in the order they aired here , a snarky subjective ranking here , and USA Today's ranking of them here .)