Hero of the Day: Keanu Reeves Helped Fellow Passengers After Their Flight Made an Emergency Landing

On Saturday,KEANU REEVES was on a commercial flight from San Francisco to L.A., when it was diverted due to a, quote, "mechanical indication."

Fortunately, the plane landed safely at a remote airport in Bakersfield, California . . . but unfortunately, the passengers were still more than 100 miles away fromtheir destination.

A lot of celebrities might duck away andmake their own travel plans, but NOT Keanu. He immediately started working with the airline to organize a van ride to Burbank for anyone who was interested.

Then, once the road-trip started, Keanu entertained the other passengers by . . . using his phone to read facts about Bakersfield and play country music. He also said goodbye to passengers as they were dropped off.

He eventually got off at aCarl's Jr.

(Here's amontageof some videos one guy made . . . and here's some morefootage.)

(Here's aphotoKeanu took with one of the passengers, and here'sanother.) 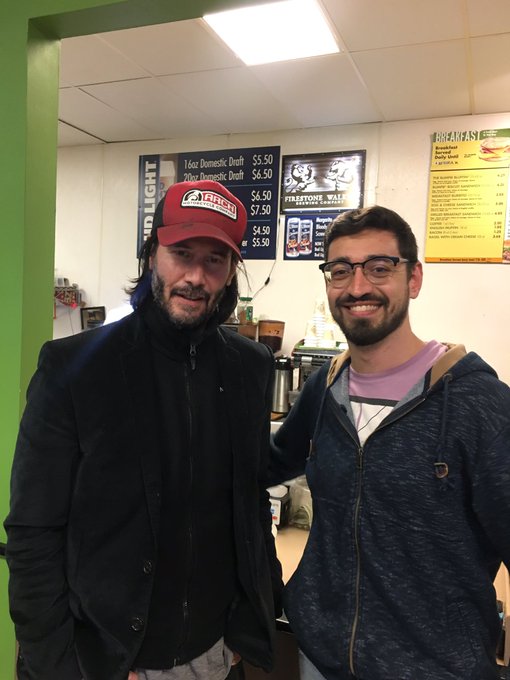