An Inmate Tried to Disguise Himself as His Daughter to Escape

I'm not sure how this guy is going to go back to his role as a gang leader after THIS. 42-year-old Clauvino da Silva is currently serving a 73-year prison sentence for drug trafficking in Rio de Janeiro. And on Saturday, he tried to escape.

The plan? His 19-year-old daughter came to visit him . . . and he disguised himself as her to try to leave. That involved putting on a black bra, a pink t-shirt with donuts and hearts on it, tight jeans, a silicone mask of her face, and a long black wig.

And the costume was good enough that it actually MIGHT'VE worked . . . except the guards noticed the "daughter" was acting nervously so they took a closer look and realized it was da Silva.

As he took off the disguise, they took a video, which is now circulating around online.

He's been transferred to a maximum security prison and he'll be facing sanctions. And his daughter might've been in on the plan, since she was going to stay behind in jail . . . so she could face charges too.

(Buzzfeed)  (Here are some still shotsfrom the video.) 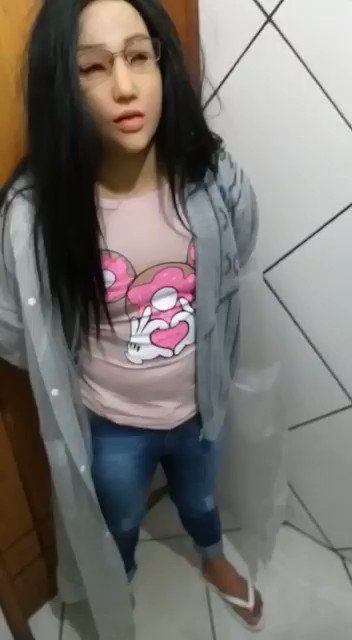 19K people are talking about this